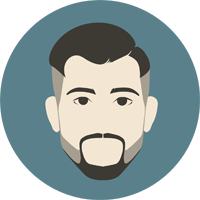 First things first, what is streaming?

Live streaming refers to online streaming media simultaneously recorded and broadcasted in real time. It may refer to any media delivered and played back simultaneously without requiring a completely downloaded file.

Sites such as Twitch.tv have become popular outlets for watching people play video games, such as in eSports.

User interaction via chat rooms forms a major component of live streaming. Platforms often include the ability to talk to the broadcaster or participate in conversations in chat.

It’s like watching sports on TV but imagine you could text and interact the player your watching and ask him why he took this decision or made this play. And if you appreciate what you see, you can support the ‘artist’ in many different ways.

And why should you watch me?

The question rather is: Why should you not?

Picture yourself in the bus on your way home or chillin’ on your sofa or looking for a source of entertainment while sitting at your desk.

Why should you watch the usual Youtube Trending harebrained content if you can profit from the following entertainment qualities😏 :

Challenge me, book me, support me!

I am also open to cooperations 😉